2 weeks ago, Zabrina and I were coming back from Rummage Warehouse in Wilson, NC where we sometimes go around and look for hidden treasures. On the way back, we passed an exit for Spring Hope, and I remembered that every Saturday, they have an auction outside at 3pm and then an inside auction at 5p. We missed the 3p, but made the 5p and spent $12 and came back with 3 or so very attractive pieces.

So, we decided to go again today and this time we made the 3pm for an outside auction and spent about $65 which was a very nice lot of pictures, some of which are of no value, but the frames were great, some dishes and some nick-nacks. Then we went to the 5pm portion and spend another $60 or so for more signed / limited edition prints, a few Ansel Adams prints and more that were primarily for the frame. We got a “Bag of hats and stuff” for a few dollars, an old antique picture I have to do some research on, a pair of what I think are African fans. The coolest item though was the vintage “Billiards Ball Cleaner” made of heavy steel, has a motor and it rotates and buffs your billiard balls. I was told that a guy would go around to the billiard joints and clean the balls for local establishments. Who knows, could be my next side hustle…this one will probably just go on Facebook or Craigslist for sale as unlikely to ship it, but will check, wouldn’t be terrible to ship….and it works darn good.

People there are so nice for the most part, its just an easy evening, don't spend a lot of money, and come out with some high potential items. We will put this on our regular circuit and Saturday nights are usually open for both of us and our youngest daughter is usually working, so timing is good - and its just enjoyable.

My nickname is “Stems” because I can’t pass up a $1 box of glassware and Zabrina I have declared is “Pots” because she is the same way with plant pots. Together, we are “Stems and Pots”.  I like it…better than “Books and Mugs” anyway. 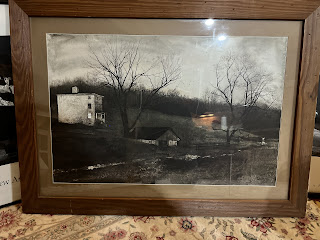 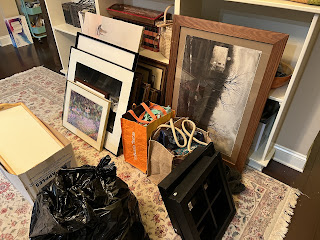 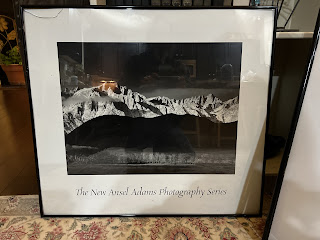 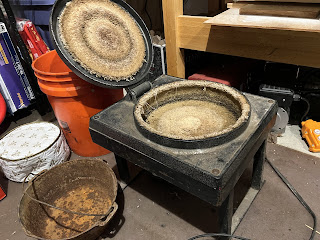 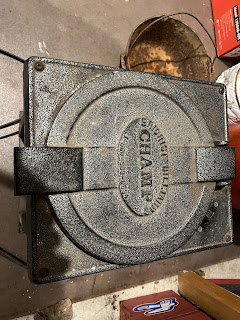 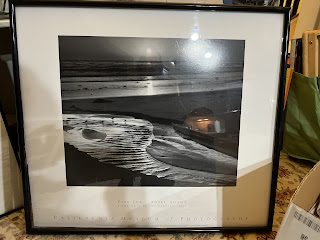