We had a small debate as to go to an Artz estate sale or to a JMS and decided the JMS would have more item to our profile (small, Asian, pictures, books, etc). I think we made the right call and ended up some some awesome finds and a Koto Digital Rice Cooker/Steamer for ourselves (actually, quite a bit more items for ourselves, but that’s another story). John as usual drove a hard negotiation and easily resolved, albeit mostly I think in my favor, but he knows his business and knows he will get more back in future dividends - Zabrina had us swing by Foster’s and pick up some Whopper’s cookies for the JMS crew. The calligraphy set was especially nice and the 2 Stetson hats were a pleasant surprise. This should keep me posting listings well into next week and maybe some of it can translate into the 1st of the month peak I normally see. Zabrina already has 7 bells on magic carpets, so not sure how much of this sale will translate into SecondMoonshot dividends, we will see. The leather “matrix” style leather coat was a nice find as well. 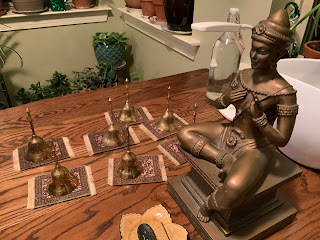 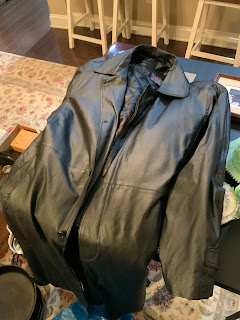 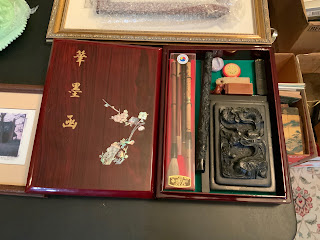 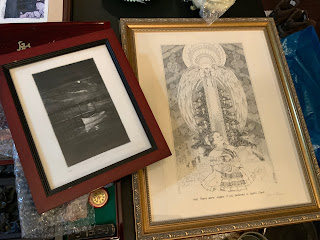 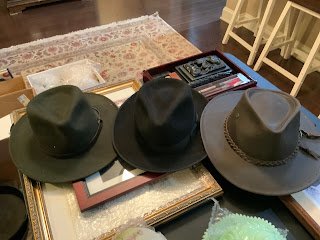 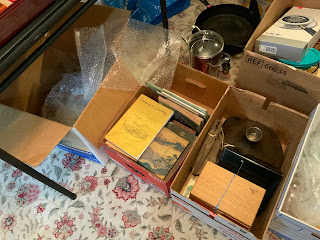 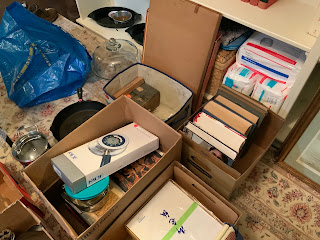 Then we went over to the Artz sale and while they were a very friendly group of folks, the prices just were a tad too high for any profit from a reseller such as us. But there were enough good items that we committed to go back on Sunday which will be 50% off day and then they should be in alignment, looking forward to that. Again, nice people, ran a well organized auction. While I was a little concerned on the approach to send an email and get onto an opened hourly slot with 20 people max, I think its an interesting approach and guess what, I dont have to be there 2 hours in advance, just get there 5 or 10 minutes before the door opens and go. I may like it….at least on the last day.

I also did an Auction of Raleigh online auction. Thought I would try them out and have to say pleased with them. Personable (i.e. “real”) people, and Jamie even took a few minutes to show me around the warehouse on some future lots. I won 5 or 7 items at the auction and all were as expected..anything which was a dud is fully on my shoulders and know of 1 so far. They offered a preview, but just didn’t work out on my end. Sure they will see some future business from me. Oh, there was another picture which was a signed print I think and it was of a fishbowl with gold fish swimming and  hidden cats on the other side, pretty cool but as my memory fades daily, left it at AOR and will pick it up Monday. 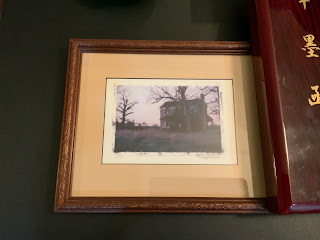 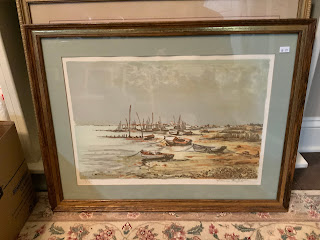 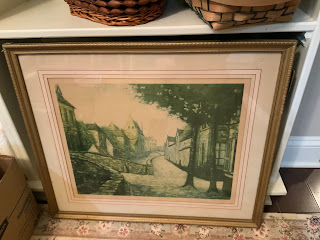 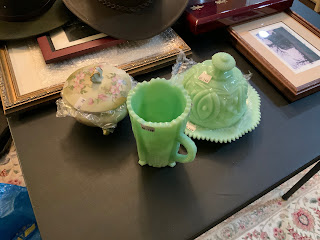 Hoy is having a mega auction which is underway and closing 2nd week in February. It has nearly 2000 lots and went for a few hours to browse and review. Oh my…I’m planning to go big.

A good day. Should be a good dent in the warehouse available space.