My Babies - Journey with Porsche 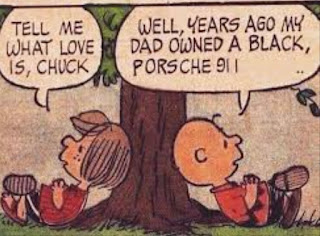 This comic just spoke volumes to me. 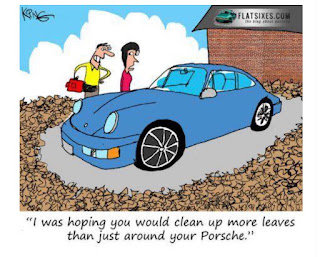 Not necessarily false. From FlatSixes.com 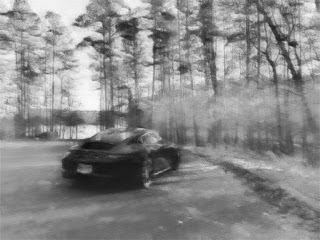 One of my favorite car pics.

I thought I would hit my other passion.  About 5 years ago in August of 2016, I started to fulfill one of my childhood dreams, sports cars. It started (or re-emerged from childhood dreams) when I got a new 2016 Launch Edition MX-5 Miata (now sold). It was a great car. Later I bought my mother-in-laws 2012 Lexus IS250 when she lost her license (daughter now has it). I liked the space and quality of the Lexus, but didn’t have the sportiness of the Miata. Certainly there must be a car that is practical, sporty, and quality….turns out there is.  I went to visit the Leith Porsche dealer thinking this would be the perfect combination, but the Leith salesman wouldn’t give me the time of day - I guess I didn’t fit the profile of an actual customer.  After doing a lot of research, I knew that I wanted a 991 4S, as new as I could afford with the Performance Plus package. After finding one with 7k miles in Charlotte, NC, I went to Rick Hendrick Southpoint Porsche where I met my salesman, and now friend, Roy (get more info on Roy on his Blog - PorscheDrivesMe.net).  He treated me wonderfully as soon as I walked in the door, gave me the tour and went for a drive - probably did for me what he does for every customer, but he treated me with respect, enthusiasm for the brand, and a genuine guy. I was hooked after the test drive. Of course no purchase like this can be made responsibly without the support of the other half, so I brought her over to take her for a test drive. I don’t remember her words exactly, but something like “Hell yes, you are getting this car!” Sticks in my memory (could have been “OK, whatever”…but that’s not what I heard. I bought it. Our life changed from that point on. We got a 2016 911 991 Carrera 4S PDK with the Performance Plus package in January, 2018 (the 4 in 4S designates it as all-wheel drive).

When I bought the car, Roy said to me “John, no one ever buys just one Porsche, just their first Porsche”. Boy, was that true.

To say that this car was a life changing event for me (and Zabrina), would be an understatement. The joy of driving this is incredible and Zabrina is hooked on it as well. Every weekend we take drives all over the state for hikes, site see small town (one of our favorite past times), and go find the next awesome Taco food truck. “The Beast” has brought us closer together, whether in deep conversation during the drive or just a silent run. I use this one also as a daily drive during the summer and weekender during the winter. The 944 below fills in winter daily driving for the most part. 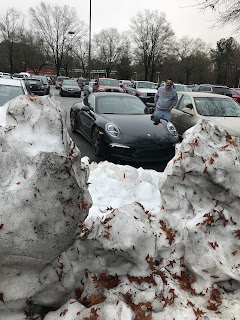 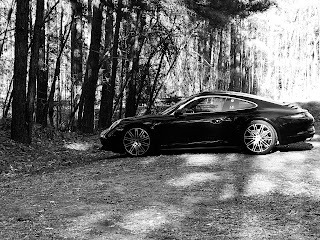 So next up was to start learning more about doing my own mechanical work. I have never really done more than change the oil on a car in the past. To satisfy that urge, I decided that a 1986 944 Turbo Manual 5-speed would do the trick (at the time, cost of the parts wasn’t a major factor). I found one that I liked in Columbus, OH with 124k miles on it and all the pricey regular maintenance done, so got a rental and drove up to pick it up and drive it back, it snowed, sleeted and iced on the way back, didnt have any money for tolls, so zig zagged my way back…was kinda scary and quite stupid. Yes….I overpaid, but I got what I wished for and learned quite a few things getting it solid over the next 2 years. It’s not worth much, but I will say that I have learned a ton and worth it for me in the end. I have done about all I will be doing to it. Took out the radio and speakers (they were both aftermarket), sent the fuel injectors off for refresh, did some work on the inside, put some Coco mats in, fixed the odometer 3 times (now it broke again and is officially off my work list and will never log another mile in its life with me), replaced rear shocks, put in a Momo steering wheel, rebuilt the front brakes, replaced the starter and ignition switch/key…it is now a very reliable car. The turbo doesn’t go to full boost, only to about 1.2 bars, but one day I’ll have someone take a look at it. The car still turns heads with the younger crowd and when I do decide to sell it, I am going to find some dorky kid in high school, super passionate about cars, mechanically inclined, and preferably has a job….and…give him the sweetest deal of his life - if there are any interested teenagers matching that profile in Wake Forest, NC….knock on my door, you never know. Zabrina refers to this one as “The Pink Pig”…not her favorite. 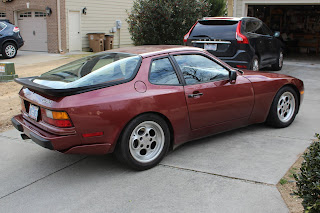 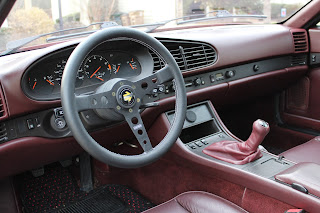 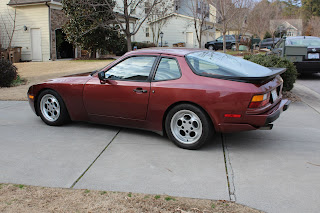 To finish the saga, I decided I wanted to round out the group with an air cooled. I wanted something that was a little different or special edition of some type. Also, if you have 3 cars, then technically you have a “collection”! I had been following Bring a Trailer for a year or two and saw a 1976 911S Target Signature Edition come for auction. I bid probably to the high end of the market at the time, but I liked it and it was calling to me. The auction didn’t meet the reserve, but we were able to work out an acceptable offer and that was that. Coordinated the shipping from Portland, OR to Wake Forest, NC. It’s arrival was a show for the neighbors as they pulled off the 1989 911 Red Turbo off to get to my car, which was sitting above the Ferrari. The car had some issues and sent it off to Southpoint Porsche to have them addressed and really it hasn’t cost me a penny other than for some cosmetic work I have done and oil changes. I use this as a spring and fall weekend driver, but for the most part it sits in storage most of the time. It has about 116k miles on it, 100% manual and analog everything, radio doesnt work (but odometer does!). The work on the inside was replaced with a Momo steering wheel (as you might figure, I like the feel of the Momo and put original “signature” steering wheel in storage), installed a magnetic phone holder, installed a JWwest shifter, re-did the targa bar interior upholstery and it looks great (although my techniques would probably be frowned on by any reputable upholsterer). Added some Coco mats and bam, she’s ready. I refer to this one simply as “Goldie”. Nothing wrong with Fuchs wheels, but the BBS gold wheels are just sweet.
I told my daughter this was the “Wedding Car”, because when she gets married, I will sell this and use the money to pay for her wedding. It’s actually appreciated pretty good, so hope to keep it for a while. Zabrina doesn’t mind so much driving in this one, but its a little rougher than the rest from a ride perspective (but she knows she looks gooood in this one). 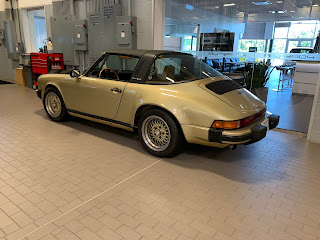 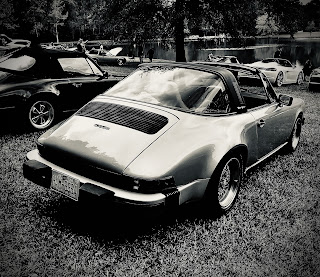 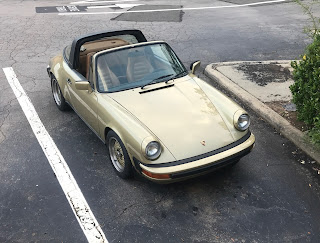 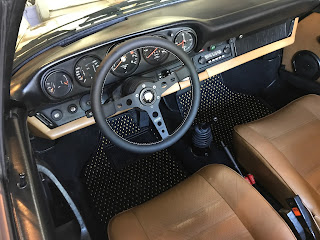 Over the last few years, I have done a few track days at Road Atlanta and the Porsche Track Experience in Birmingham, AL. They were awesome and allowed me to better take advantage of the car’s capabilities. Decided I didn’t feel like doing it much anymore and now mostly take the ‘86 944 and ‘16 911 out, use it as my ‘company car’ going to estate sales, and long rides to go hiking or site seeing.
Here are a few shots of the Miata too…these are damn good cars, probably the best manual shifter I have used (well, other than the manual in a 991 I tried once…wow). But…alas, it was just too small…and truth be told, I got sick of the “chick car” statements. Don’t get me wrong, I wear pink once a year and everything, but you cant do a Costco run or cruise estate sales in a Miata and you can in a 911 and 944. 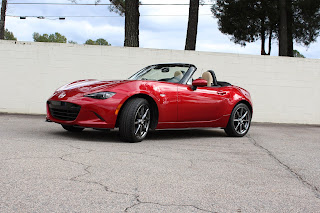 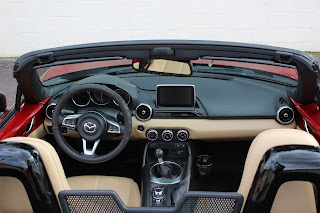